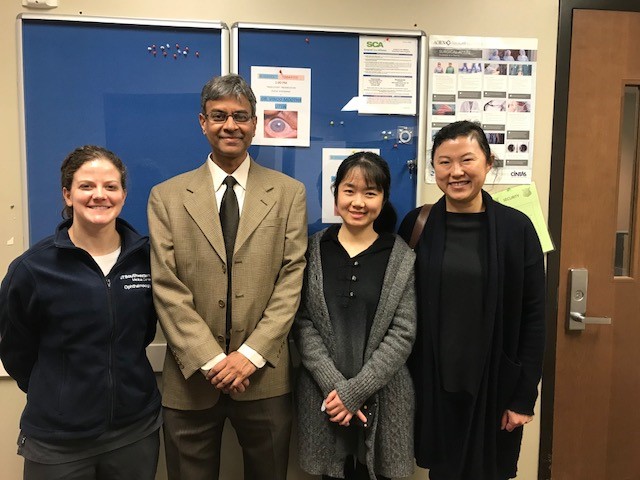 Dr. Beebe, a cornea and refractive surgery specialist at Cornea Associates of Texas in Plano and a surgical partner at OSCD, presented a comprehensive overview of Fuchs’ Dystrophy and the latest developments in treatment of the corneal disorder.

Dr. Mootha is the Paul T. Stoffel / Centex Professorship in Clinical Care at UTSW. He leads a team at UTSW Medical Center researching Fuchs’ Dystrophy. He and his team shared their ongoing research, including the importance of the tissues and blood samples collected by OSCD to their work.

We are grateful for Dr. Beebe and Dr. Mootha’s work with OSCD and for the opportunity to contribute to research that may someday bring an end to Fuchs’ Dystrophy.